Fort Lauderdale, Fla. – In the wake of the global market turmoil triggered by Britain’s surprise vote to pull out of the European Union, market analyst and Sound Income Strategies Founder, David Scranton, reached out to fellow financial advisors to share his thoughts on how to put the matter in perspective for nervous clients. Scranton said that what is most concerning to him about the move is that if other relatively healthy European countries should eventually decide to follow suit, it could create a scenario with devastating repercussions for the entire global economy.

“What we saw right after the vote, with the market pulling back and the ten-year treasury dropping: that was nervousness. It’s understandable and it’s probably short-term,” Scranton said, “but the long-term issue that concerns me is this: imagine if countries like Germany or some of the more stable economies, opt to follow England’s lead and pull out. Then we’ve got a problem.”

Scranton said this is because if a number of relatively strong economies were to exit the EU, it could severely compromise the Union’s ability to help weaker economies in times of crisis.

“Think about the weaker economies like Greece, Italy, Spain, and Portugal,” Scranton explained, “and remember that Greece was bailed out because the European Union got together to bail it out. But if more strong economies should pull out, I’m afraid the European Union as a whole would no longer be strong enough to help other countries in danger of defaulting. And, if the Euro can’t get involved, it’s unlikely the U.S. would come to the rescue. So now you have a situation where these weaker countries are allowed to fail, and the cascading effects could be devastating worldwide.”

Scranton said investors should bear in mind that the European Union is, in essence, an unprecedented “experiment” in global economics, so there’s no way of knowing for sure what the long-term repercussions of Britain’s decision will be. At the same time, however, he said they should also be aware that the U.S. stock market is – according to the lessons of market history – long overdue for another major sustained drop like those that occurred from 2000 to 2003 and 2007 to 2009.

“With all the new uncertainties triggered by the Brexit vote,” Scranton said, “I’m advising extreme caution where the markets are concerned, especially for investors anywhere near retirement age.” 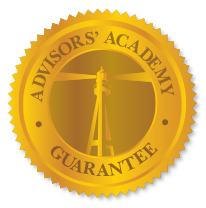 Send us an email and we'll get back to you, asap.

Click to view a printable version of our Agenda.

Maximize your retirement and focus on income and master the “inside game” armed with a fresh perspective of 200 years of stock market history tied to the exact lifecycle of the average investor. 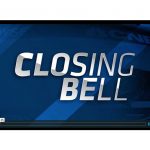 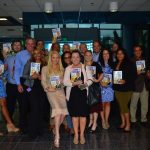